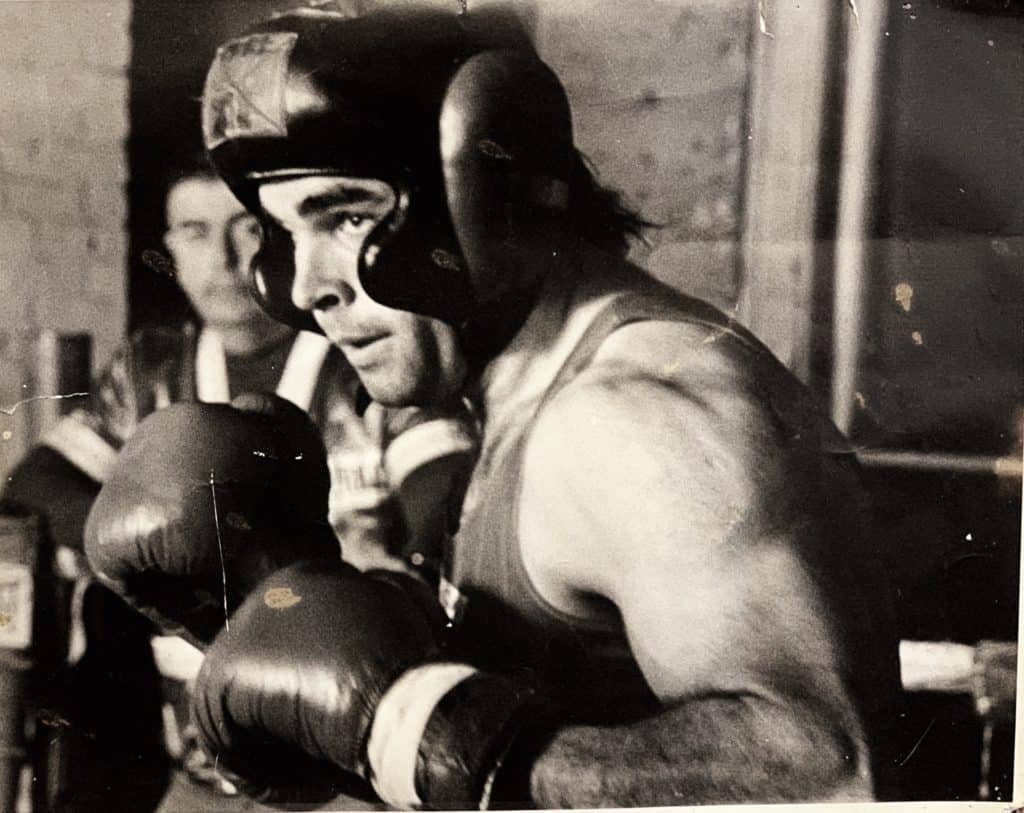 To say that Al Gavin was a great cutman would be like saying that Mother Theresa was a great nun. If all we remember Al for is his work stopping cuts, we do him a great disservice. I prefer to think of Al not as a guy who closed cuts, but as a guy who opened doors. The doors he opened to me shaped my life. Al was more like an alchemist – he turned men into fighters and fighters into men. He was a life coach before anyone knew what a life coach was.
Reggie Jackson once said that a good coach can make you better than you think you are. Al was a great coach because he made you better than you really were.

I fought (and beat, I might add) guys I had no business being in the ring with. Boxing for me was Plan B. Striking out on four pitches at my college baseball tryouts ( I took one pitch just to make it look good) kind of sealed my fate. Washed up at 20, boxing was the only thing standing between me and Slo-Pitch softball.

I was a white guy from a middle class neighborhood in Brooklyn going to school at Fordham University. By contrast, some of my opponents were receiving a different kind of education at the New York State Correctional Facility in Sing Sing. Where did I get the nerve to think I could fight, let alone beat, guys whose lives depended on how well they could use their fists? I got it from Uncle Al.

Al had a way of keeping you calm when everyone else was losing their heads. As long as I had those two eyes on my back, I felt like King Kong. Self confidence in the ring means nothing without the same level of confidence in your corner. Nothing fazed Al. If he wasn’t worried, why should I be? After all, we’re talking about Uncle Al here! The bad cop, badder cop routine that he worked with Bob pulled me through some tough fights.

One of the most important contributions that Al made (outside of his great family, of course) was that church on 14th Street called the Gramercy Gym. I’ve seen many people walk in, some broke, others broken, and walk out with faith, hope and another shot at redemption. If boxing was a religion, then Al would have been pope. He treated every member, no matter who they were or where they came from, the same. He ran the gym with an even hand, not an iron fist. The Gramercy is the place, mine included, that all gyms can only aspire to.

I could never repay the debt of gratitude for the way Al treated my brother and I, especially when my father passed away. Strange as it may seem, some of my fondest memories came at one of the lowest points in my life. He treated us as if we were his own sons, as he did with all of his fighters. It was because of him that I chose to make boxing my mission in life. I hope that I can make a difference in other people’s lives the way he did in mine. I miss you Uncle Al.